Don Hamilton, a local Cary artist, will be doing a painting demo at the Cary ReStore on Saturday, January 21st from 11:30 a.m. - 1:30 p.m. Stop by to watch him paint! He will have some pieces available for purchase as well. [caption id="attachment_7430" align="aligncenter" width="640"] 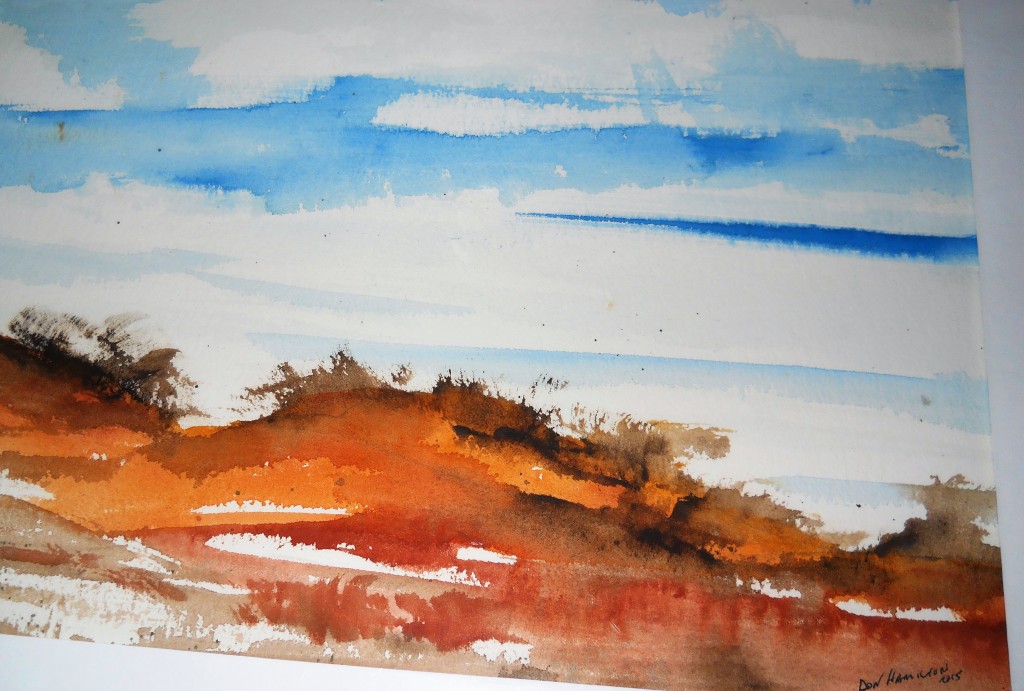 An example of Don's work[/caption] Don is retired in 2001 from a career in airport operations and airline management and sales. Upon retiring, he renewed his lifetime love of painting and drawing. He has been teaching pen and ink and watercolor classes at the Cary Senior Center and at the Cary Art Center since 2005. His work has been featured in several individual and group show sin the Visual Art Exchange in Raleigh and the Durham Art Guild. Two of his pieces have been juried in the North Carolina Museum of Art. Don remains inspired by time with spent with family and his many travels. He learns continually from his students and from his studies of great artists. His goal is for viewers to enjoy his paintings and discern some of his thoughts expressed on paper or canvas.